I have written a piece for TextileArtist.org about  exactly how I made this piece  including what inspired the work, the research phase, how and why I selected specific materials, the equipment I used and the stage-by-stage process of actually creating the piece. read about it HERE


Many of you ask me for online tutorials and this is the closest it will get I am afraid! 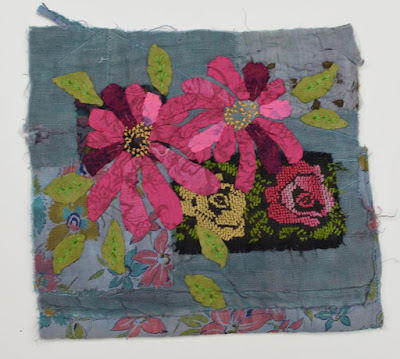 Posted by Mandy Pattullo at 11:48 No comments:

All shall be well

I was educated at a convent school in Norwich so could not help but be aware of Julian on Norwich  whose cell was only a stone throw from my school. Her script Revelations of Divine Love was a truly revolutionary text and there was no wonder she was reclaimed by feminists as her life and writings acknowledge women's place in the world. There was a really interesting documentary about her life on BBC4 the other night. Little is known of her but it followed the story of the remarkable body of women throughout the centuries who protected her manuscript and writings which were considered heretical.why am I putting it on my textile blog? There is a truly remarkable moment when the story is told of the English Benedictine nuns who escaped France wearing the clothes of their Carmelite sisters who had been guillotined. The reliquary of the Carmelite martyrs is rarely/ never seen and is in the safe keeping of the nuns of Stanbrook in Yorkshire and there is a spine tingling moment when the case of the reliquary is opened and there are those very clothes. Those of you who know that old fabric tells a story will feel the same as me and wish you had been there at that very moment. . Watch it HERE on the i-player in the UK for another 26 days.


Posted by Mandy Pattullo at 00:40 No comments: 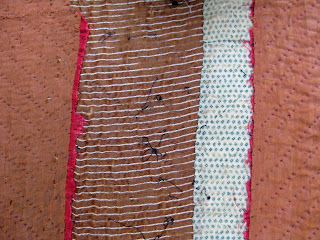 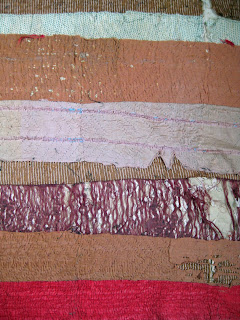 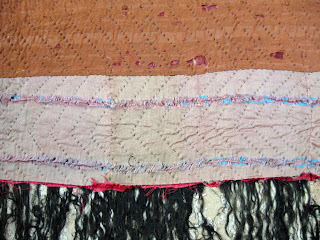 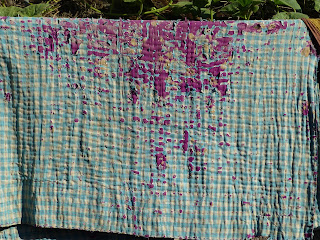 Posted by Mandy Pattullo at 11:22 No comments: 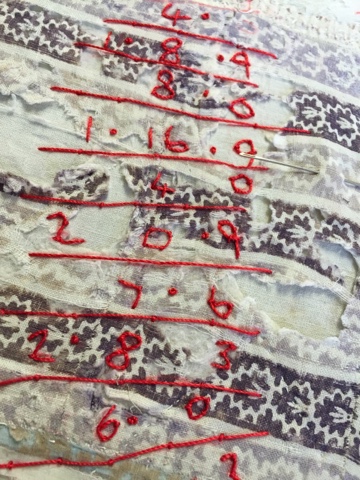 Posted by Mandy Pattullo at 07:36 No comments:

From Conception to Creation

Many of you ask me exactly how I make my work and hopefully this article I have written for TextileArtist.Org will give you an insight in to how I work. I write about this particular collage HERE 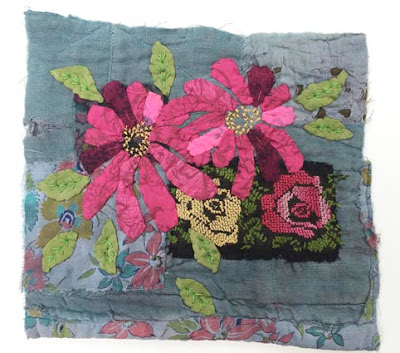 Posted by Mandy Pattullo at 11:10 No comments: