I have had a wonderful day going by Rigid Inflatable Boat to the Isle of May out in the Firth of Forth. Blue skies and wonderful bird life to be seen there and on Bass Rock. Puffins are cute but I think guillemots and gannets have a bit more style! 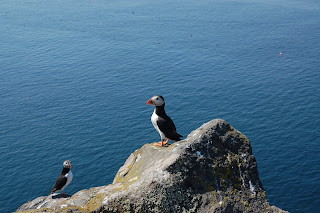 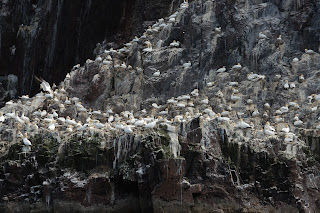 I was completely taken with a story I extracted  from our female skipper about events at this very old lighthouse. There is always a story! The lighthouse was built in 1603. In 1791 George Anderson, the lighthouse keeper and his wife and eight children were living there. On January 23 1791 a great storm hit the area. The family went to bed as usual but the coal brazier at some point in the night was extinguished and the family all died from carbon monoxide poisoning. The next day, a Monday, people on the main land noticed the beacon had gone out but due to the storm no one could reach the island till the Wednesday. Rescuers found the perished family but nestled under the covers, barely alive and still at her mother's breast was baby Lucy Anderson. She was brought back to the mainland and eventually married one of her rescuers and emigrated to America. 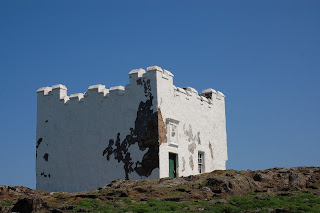 On the way back we stopped to see some sculptures which I have been longing to see for some time. They commemorate the East Coast fishing disaster of 1881 and are by artist Jill Watson. 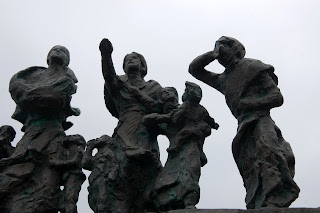 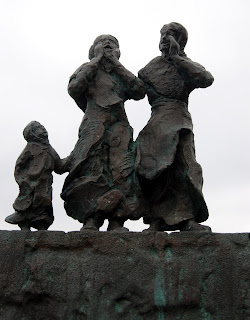 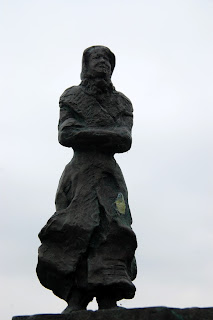