The Burrell at Berwick

At the weekend I travelled up to Berwick on Tweed  for a tour of a new exhibition at The Granary Gallery, part of the Maltings complex in the centre of the historic old town.The Berwick Burrrell Collection is the most important art collection in public ownership in Northumberland. Shipping magnate Sir William Burrell ( he of the Burrell, Glasgow) bequeathed around 50 paintings and 300 decorative items to Berwick when he retired to nearby Hutton Castle.
Berwick Visual Arts and Woodhorn Trust (Northumberland's museums and archives agency) have come together so that these wonderful artefacts can be shared in the heart of Berwick free of charge. This exiting initiative unfolds with a series of exhibitions over a period of three years. 5 artists , including myself, have been asked to respond to the items on display and produce multiples which will go on display near the work itself from November 3rd. 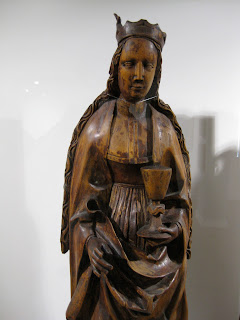 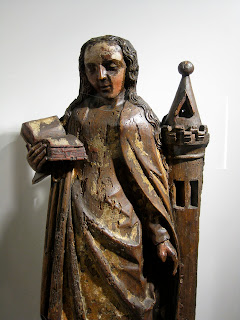 I  was immediately  drawn to the wooden sculptures of Saint Barbara. She was such an interesting saint- trapped in a tower by her father, a bit disobedient, eventually beheaded. She is the patron saint of artillery men, miners and anyone working with explosives. She is invoked against thunder and lightning and all accidents arising from explosions of gunpowder. This is because she caused her father to struck down by lightening. She is venerated by every Catholic who faces the danger of sudden and violent death in work.
Quite a lady! However another artist had already picked her before I got there so I feel she can't be quite mine.

So choice number two is to respond to the Chinese porcelain. I love its freshness, its symbolism and references to nature as well as the purity of classic blue and white. I will see where a response to this takes me! Watch out in further postings. 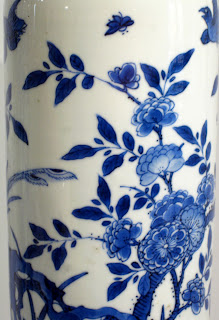 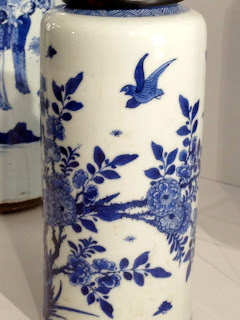 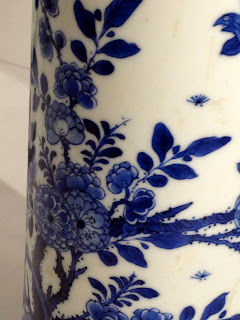 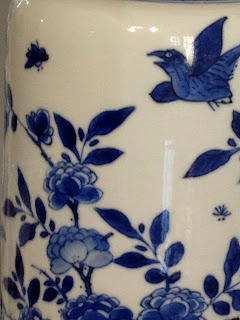 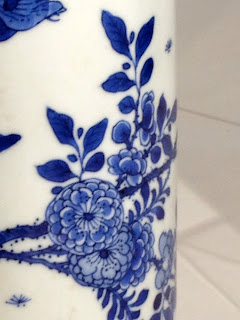 If you want to see the exhibition it is on at The Granary Gallery, Berwick till 16 December. More information HERE